You Are Here:
Home
/
Properties: Sale prices up 10% – 12% increase in rent
ShareTweet 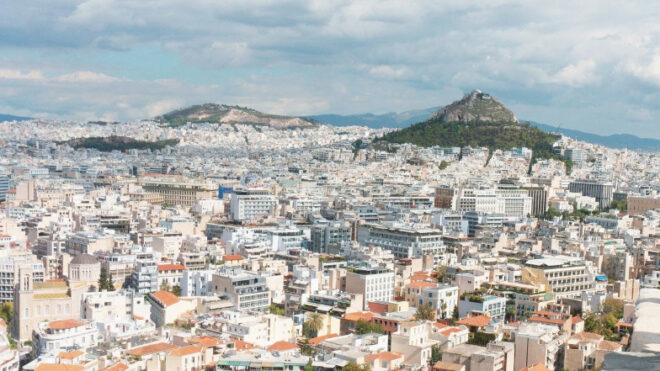 Article on Greek by Stefania Souki

A luxurious new apartment in the area of the Glyfada Golf with a pool, of a surface area of 230 square meters and high energetic standards, is currently sold at a price of over 4 million Euro or around 18,000 Euro pers square meter. The price is six times higher in comparison to the average price registered on the market for the popular northern suburbs, which is one of the first choices both for Greeks and foreign candidate buyers.

And, although we are entering the third year of the pandemic, in the local residence market, the increase in prices, whether for purchase or leasing, continues more steeply in the last months, following the trend registered in other European markets during the pandemic.

However, in many cases -and this does not only concern the expensive properties in Glyfada and Palaio Psychiko which are already high compared to demand- we observe significant fluctuations from one area to the other and from one property to another, with the prices now depending mostly on the expectations of the owners than on true market data, thus confirming one of the diachronic problems of the local real estate market which lacks transparency.

And this is happening while the Greeks, according to the official Eurostat data, have a negative record in the EU for spending the largest amount, amongst European countries, of their total income on house expenses (almost 37%), while the average for the EU is 20%, they live in a smaller house compared to other Europeans, while they are also lower in the European classification regarding the rate of owner occupation which has dropped to 74.6% compared to the pre-crisis levels, with other countries in the lead.

Concerning the excessive demands of owners, indicative of the situation is that, at this conjuncture, there are more than a few old apartments in Kypseli (which is not considered a frontline area, with an offer of over 2,000 properties for sale), which are sold from 3,000 to 4,000 Euro per square meter because they are renovated, they have a nice view or are simply minimal. The figures for new apartments are higher. Such an example is the following: a semi-finished apartment of 78 square meters in the Ano Kypseli-Evelpidon area, on the first floor, built in 2020, is sold for 258,000 Euro.

Concerning sales prices, the increase in this market is ongoing at an accelerated pace, according to the analysis of the local residence market at the end of 2021 which was conducted by the property consulting company Delfi Partners & Company, after processing the information from the network of electronic ads Spitogatos.

■ Within a year, in Athens, the sales prices for residences presents a double-digit increase rate, over 10%, for the regions which started lower such as the Piraeus suburbs (+11.2%) and the western suburbs (+10%), while the northern suburbs, which previously lagged behind, have a high single-digit increase at +8.7%.

■ The highest average selling price in Attica at the end of 2021 is registered, as expected, in the southern suburbs with an average price of 2,872 Euro per square meter and the northern suburbs follow with 2,500 Euro, while the average price for the center of Athens is approximately 1,636 Euro. In all these cases, we observe significant fluctuations depending on the house, the specific location and whether the properties were renovated by the owners, who, however, in most cases, have very high expectations.

■ According to the Delfi analysts, at this stage, the more promising regions performance-wise, are not the well-known expensive suburbs, which were the first to present a great increase during the gradual recovery of the market after the financial crisis.

As for the market features:

■ For new properties, the scale increases depending on the area but also each property’s standards, with the builders of new apartments making an obvious effort to add as many facilities as possible, mostly emphasizing on energy performance standards.

■ For older buildings, especially if they are located in good spots and have an adequate size, there is demand provided the price is reasonable, because the buyer, after the COVID-19 experience, has higher standards concerning the house they intend to live in and are willing to allot a big amount of money on its upgrade.

■ The case of properties with special standards for which there is no ceiling, and everything is a matter of price, is distinctive. Therefore, a mansion in the Anaktora area in the center of Athens could be sold at 16,000-17,000 Euro per square meter or more. The same goes for privileged houses near the Acropolis: a renovated detached house near Ieros Lochos, of only 90 square meters, is currently sold at 1.35 million Euro or 15,000 Euro per square meter.

This increase phenomenon during the pandemic is seen throughout Europe. In fact, a couple of days ago, Eurostat announced that based on data up to the third trimester of 2021, the sale prices for residences have increased more than in the past fifteen years throughout Europe, marking an annual increase of 9.2% at the end of the third trimester for the EU and a little lower, at 8.8% for the Eurozone markets. The lack of good properties on the market, which is also very pronounced in our country, the shift of the buyers to houses with higher standards, which was even more pronounced during the pandemic, as well as the low interest rate for mortgages, are considered the main reasons for the increase of prices throughout Europe, with a forecast of a further increase this year, but maybe more moderately in the following months.

We observe that, on an annual basis, the rent prices have, according to Delfi, increased by a double-digit rate at 12% in the northern suburbs with an average rent price of 9.6 Euro per square meter. The main reason for this is that these specific areas have started to recover at a slower pace following the country’s financial crisis. The increase in rent in the areas around Athens have increased even more, by 12.3%, a fact which can be explained up to a point by the need of the Athens citizens to have a closer alternative retreat option for the weekends due to the pandemic.

Where are the highest prices registered in Attica? Naturally, in the southern suburbs with an average of over 10 Euro per square meter, even though the increase, compared to 2020, is small at 3.3%, since the regions on the beach front of Athens have accelerated a lot sooner, since 2018. The same has happened in the center of Athens where rent prices up to the end of 2021 show a slight annual drop by 0.8%, with the average price however is high at 8.8 Euro per square meter.

These figures regarding the sales prices of residences and rents confirm the Eurostat data, which published detailed information on the relation of Europeans with their homes, based on 2020 figures.

According to them, the Greeks, in comparison with other Europeans, spend much more for their housing needs. On average, in the EU, 1/5 of the available income of Europeans is spent on their houses – with significant fluctuations from country to country. More specifically, Greeks have the highest burdens in Europe with 36.6% of their income, the Germans follow with 29.7% and the Danes are in third place spending 26.4% of their income. The neighboring Bulgarians follow with 23.2% of their income and them the Dutch and the Swedish who are also above the EU average.

The rate of owner occupation in the EU (whether they live in an apartment or a detached house) is 70% while the remaining 30% lease their residence, with Greece at 75%, lower than Portugal which is at over 77% and Spain which is a little over 75%. The highest rates of owner occupation are in Romania (96%) followed by Slovakia, Croatia and Hungary at over 90%. Approximately 6 out of 10 Greeks, around 59% in urban centers and the suburbs, live in an apartment, while Greece, Spain (66%), Latvia, Estonia and Lithuania are the countries with the highest percentage of people living in apartments, in comparison with Ireland for example where 92% of Irish citizens live in a detached house. In the EU, 53% of Europeans live in detached houses and the remaining 46% in apartments, while there is also a small percentage, around 1%, who live in other kinds of accommodation such as boats, trucks etc.

Concerning rent prices and sales prices, Greece has the highest decrease rate -double-digit- during the last decade, from 2010 up to the first semester of 2021, due precisely to the market collapse during the financial crisis. Eurostat records Greece and Cyprus as the only two exceptions in the EU with a decrease during this period in rent and sales prices of residences, our country being the champion, with a decrease rate of 28% and for rents 25%. The average increase of housing sales prices in the EU is approximately 34% since 2010 and for rents close to 16%. The Greeks, with a ratio of 1.3 rooms per person (the same as Bulgarians), belong to the nations with the smallest houses, with the EU average being at 1.6, while the Croatians, Latvians, Polish, Slovaks and Romanian are lower than Greece with 1.1 room.

We use cookies to ensure that we give you the best experience on our website. If you continue to use this site we will assume that you are happy with it.Ok